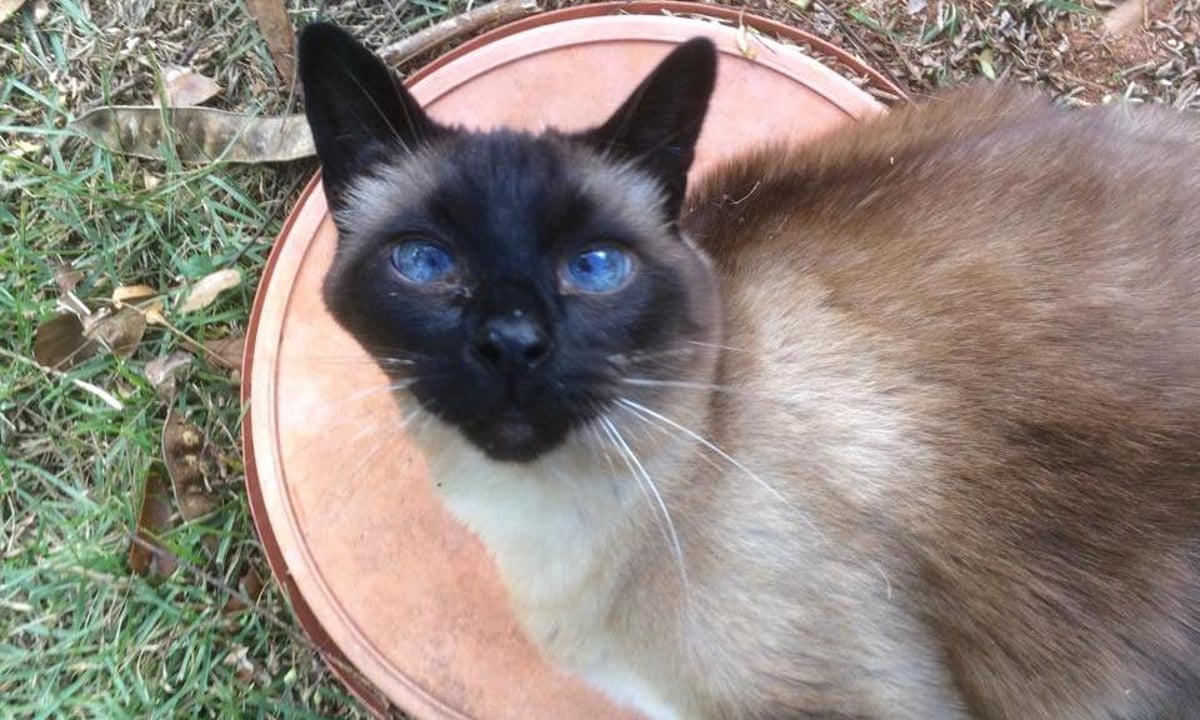 The more they age, the more you have to ask: when is our desire to hold on to them outweighed by the magnitude of their suffering?

For the last 17 years, my most perfect companion has been a seal-point Siamese cat named Juan Carlos I, a blue-eyed, magically soft cross between a toy baby seal and a teddy bear. He has been my crying-towel on more occasions than I care to think about, my best listener, my face to come home to at night and, on some days, the only reason I could convince myself to get out of bed and keep going.

Jobs and apartments have come and gone, relationships have crashed and burned and been left behind, but every night since 1999, I have fallen asleep with my arms around Juan, even if nowadays I have to reach around my boyfriend to do it since both of them want to be the little spoon, of course.

I call Juan our houses goodwill ambassador. He is always the first cat we have four, dont judge me to greet guests. Hes never scratched or bitten a soul. Hes completely pliable and makes a coo-ing dove-like sound when he purrs, which he will do whether you cradle him upside-down like a baby or drape him over your shoulders like a scarf or fireman-carry him from room to room over your shoulder. Hes just happy youre holding him and wants to be your friend.

Siamese cats are like that. I tell people theyre the Pablo Picassos and Zelda Fitzgeralds of the cat kingdom; big personalities, burning curiosity. They tend to go one of two ways, total lovers like Juan or snarling, spitting, arm-shredding demons.

Personally, I think people who end up with bad Siamese cats just dont understand what a fierce little intellect theyre dealing with. Theyre, like, Aw, isnt that sweet? Its like it has its own little personality. Meanwhile, the cat frustrated to the point of rage with its humans total inability to understand it goes rogue in fits of shredding your shirt or knocking over the garbage can.

After years of robust health, we noticed Juan was losing weight a few months back. In November he started drooling down his front in his sleep. At first we just chalked it up to his advanced age.

In late January, though, he took an abrupt turn for the worse. His breath never exactly a bed of roses turned foul. His bones became sharp through his skin. His normally assertive personality we did name him after the king of Spain, after all turned withdrawn. It was clear he was in pain and needed help.

Three different veterinarians tried round after round of antibiotics and steroids to clear up the clusters of angry red sores that had appeared on his gums. Each time he would get some temporary relief, only to relapse again when the antibiotics wore off and the gingivitis and stomatitis returned.

On Monday, our newest vet dubbed Distractingly Handsome Dr Ginger in my journal said that his immune system is attacking the teeth themselves and that most of them would have to come out. I struggled with this. Would he be able to eat? Would he be defenseless if he managed to get out of the house? What would his quality of life be like?

An old animal is like sad, beautiful music. Everyone who has loved one ultimately comes up against the same big, hard question: has the time come when our selfish desire to keep them is outweighed by the magnitude of their suffering?

Fortunately, this time, it looks like Juan Carlos is going to be OK. He proved to be healthy enough for anesthesia and two days ago, had surgery to take out all of his teeth except the bottom two canines. Dr G said that domestic cats do fine without their teeth.

Have you ever seen what they throw up? he said. They dont really chew their food very much.

My partner and I took shifts watching to make sure Juan didnt claw at his oral sutures. Hed whipped his neck right out of the Cone of Shame collar before we were even halfway home. Im giving him pain medicine at six-hour intervals. So far, he seems stoned and a little shellshocked, but hes eating and drinking and purring when we hold him.

When I think about the world and the suffering people are going through in war zones or living under crushingly oppressive rulers, I suppose my sick cat is just a little pain, certainly nothing that will stop the planet from turning. And yet, for me, so much happiness hinges on the wellbeing of this warm, purring little creature. I know the time will come someday when we have to say goodbye, but its not today.

Thank you to all the gods in the universe, its not today.