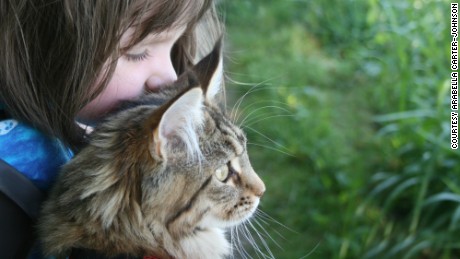 When Iris is painting outside, Thula is always nearby, exploring in the garden. They play with the same toys in their fairy-tale-like playroom, take baths together, learn new things together, go on adventures and fall asleep together after long, exciting days.

They sound like sisters. And while the two best friends are like family, there is one striking difference: Thula is a Maine Coon cat and Iris is a child with autism, diagnosed at age 2. Together they prove what Iris’ mom, Arabella Carter-Johnson, has always believed: “different is brilliant.”

Before Thula came into their lives, Carter-Johnson and her husband, Peter-Jon Halmshaw, went through a “dark time” trying to figure out the best ways to draw Iris out after her diagnosis four years ago.

Iris’ severe form of autism was marked by irregular sleep patterns, obsessive behavior, refusing to make eye contact, avoiding playing with her parents or other children, and feeling distressed around people she didn’t know. She also had a tendency to disappear into books without wanting to engage with anything around her and didn’t speak or communicate.

Carter-Johnson and her husband reached out to therapists and researched everything they could. It quickly became apparent to them after a “disastrous time in Pre-K” that educating Iris from home might be the best environment for her. Because Carter-Johnson wanted to recreate the same type of activities that Iris would be experiencing in school, she added painting to the curriculum. Occupational therapy was also helping Iris.

Carter-Johnson, a professional photographer, has a propensity to draw or doodle. And one day that habit helped her connect with her daughter, which she was so eager to do.Iris walked up and placed her small hand on her mother’s hand, as though asking her to draw more.

When Carter-Johnson introduced Iris to painting at age 3, she was hopeful to see her daughter so excited and happy over an activity. Iris would come up to her mother and indicate that she wanted more paint. Because they used a lot of water colors, Iris even began mixing her own.

“She looked at me and wouldn’t push me away,” Carter-Johnson said. “It was a way for us to connect.”

Through her research, Carter-Johnson discovered that many children responded well to a variety of animals, from dogs to horses. They tried those two first, but Iris didn’t connect. When her brother traveled to Sweden for Christmas and needed someone to cat-sit, Carter-Johnson agree but was worried about how Iris and the cat would get along, especially since Iris was sick at the time. Instead, she was surprised to see the way they bonded. 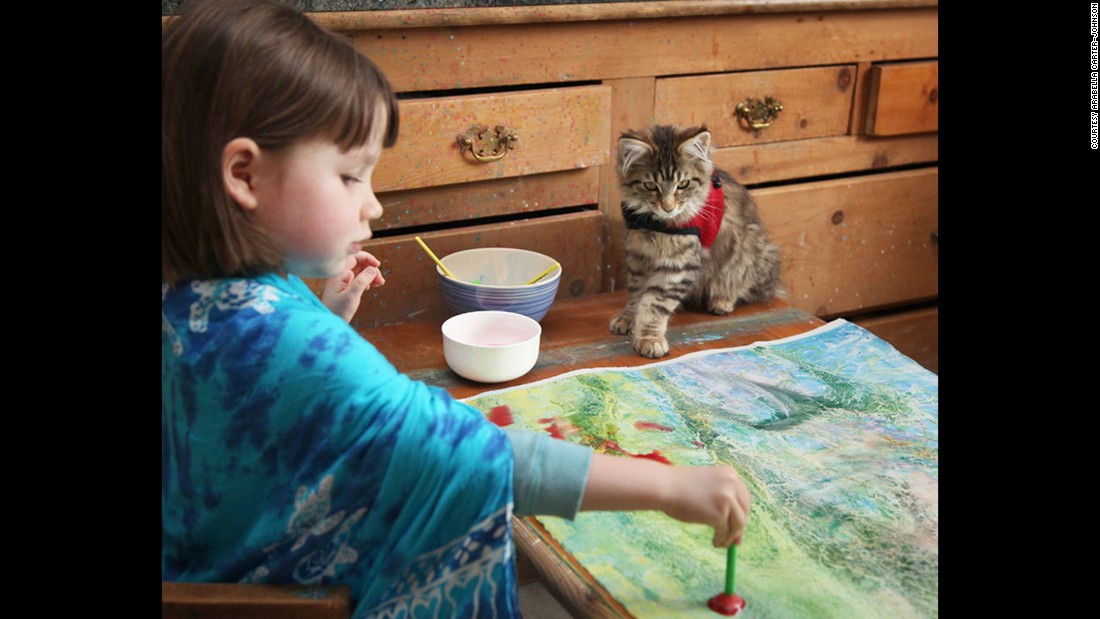 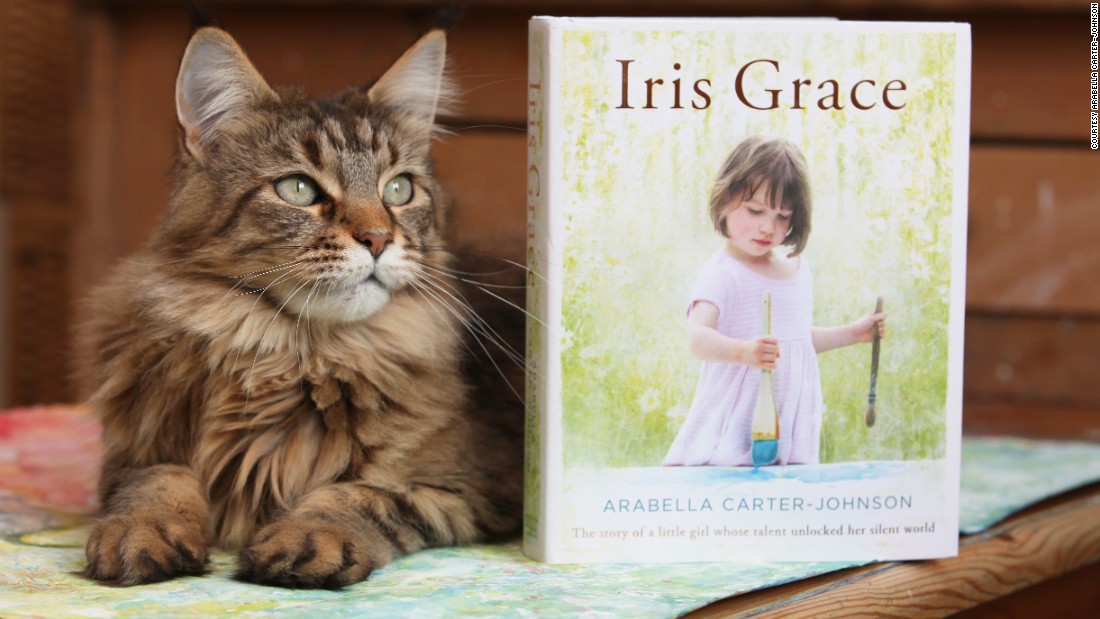 Around the same time as Thula’s arrival, Iris was introduced to classical music and the violin. She has had music therapy every week since the age of 3, and even though she doesn’t like to play the violin, she enjoys holding and strumming it. Although Iris has been known to become impatient just from sitting in a car, she will sit through a two-hour concert at the orchestra absolutely riveted by the sounds. Carter-Johnson could also see the way that music inspired her painting. They decided to start pairing music with other activities, which encouraged Iris to pursue them.

Carter-Johnson and her husband also began The Little Explorers Activity Club, an autism-friendly group for children to experience new things outside their home. It gave Iris and other children with autism in the community a chance to be around one another while engaging with their interests, from cooking and science to music and history.

Carter-Johnson used this idea of working with Iris’ interests and letting her lead rather than be coerced which she learned fromreading books like Rupert Isaacson’s “The Horse Boy” and Kristine Barnett’s “The Spark” that promoted the idea of Naturalistic Developmental Behavioral Interventions. They also discovered the Gemiini video platform, which helps Iris with speech therapy.

Over the last few years, Iris has become famous for her Monet-like paintings. Even celebrities like Angelina Jolie have purchased her artwork. Carter-Johnson credits Iris’ intense concentration with her ability to blend colors and patterns so well. She creates her unique paintings by dotting, dabbing and flicking the brush.

Being able to interact with others online who are fascinated by Iris’ story and her artwork has been incredible for her education and confidence, Carter-Johnson said.

Iris loves looking at and helping select the photos her mother posts to their Facebook page, as well as watching videos of her and Thula and hearing from “friends” that like her artwork. Carter-Johnson also uses the postcards she receives from around the world to teach Iris geography. And now, Iris has her very own book that shares the story of her and Thula’s special bond. It is a time capsule that Carter-Johnson hopes her daughter will look back on fondly when she’s older.

While Thula and Iris are still best friends, the two have grown more independent from each otherover the past year because Thula seems to realize that she’s needed less now. But she’s always around, whether propped up in a basket on the front of a bicycle or getting her own passport when the family travels to Amsterdam later this year.

While Carter-Johnson knows that they still have a ways to go with improving Iris’ speech and communication, she is thrilled with her daughter’s progress. Iris is better at making eye contact and socializing more with others. Speech therapy is helping her to remember to say “hello” and “goodbye” when she meets people, as well as describing her day to her parents. She also still receives occupational therapy, music therapy and has had luck with doing yoga as well.

“I’m hopeful for more improvements,” Carter-Johnson said. “One day, I want her to be able to get a job and live independently, and we will try our absolute best to make that happen. Autism doesn’t have to be this grim diagnosis — it’s seeing the brilliance in differences and embracing those.”